Creating Pathways to College and Career Readiness with RacquetUp Detroit

“First and foremost this is not really about squash.” Derek Aguirre is the Executive Director of Racquet Up Detroit, a nonprofit that works with young people in Northwest Detroit from fifth grade and up to help them succeed at school, build meaningful relationships, and embrace their potential.

Growing up in Michigan, Derek was not a squash player himself. After college, his commitment to education, youth development and community service led him to a Boston organization called SquashBusters. It was founded in 1996 by former professional squash player Greg Zaff to have a positive impact on young people in urban areas where kids didn’t have access to as many opportunities or exposure to a sport like squash. Fourteen years later, Derek had moved back to Michigan and brought the model with him. He founded Racquet Up Detroit, which is part of a network that grew from SquashBusters of 20 organizations in the U.S. and abroad called the Squash and Education Alliance.

Derek has a love for squash, but for him the sport is a pathway to deeper personal growth. “If [Greg Zaff] had been a bull rider, maybe we’d be talking about bull riding,” he says. “Twenty-five years later, there’s a reason why there are twenty organizations like this. There’s something about squash that has enabled this model to be successful. It’s a fun sport, great for health and fitness, great for your whole life. It’s a really special way for kids to spend their time.”

Kids who participate in the organization’s programming for many years tend to have the most positive outcomes. In 2010, Starnisha Ramsey joined the first cohort of RacquetUp Detroit students as a fifth grader. In a 2015 essay titled “I Play Squash Like A Girl” Starnisha wrote “I believe that to ‘play squash like a girl’ simply means to try your hardest at all times. If someone asks me do I play squash like a girl, I would say yes, you can see by the way I hustle.” Starnisha’s love of the sport combined with her strong academic performance helped her gain admission to St. Lawrence University. In January of 2022, she played and won her final home squash match. Following in her footsteps, fellow RacquetUp participant Aaron Levy is now pursuing a Bachelor’s in Business Administration at St. Lawrence University where he was recently made captain of the men’s squash team.

Starnisha’s younger siblings Antoinette Ramsey and Antwan Ramsey joined RacquetUp as fifth graders. Antwan now works as a squash trainer and coach at RacquetUp while attending Wayne County Community College. Antoinette is pursuing a double major in psychology and Black studies as well as playing on the squash team at Denison University. Aaron and the Ramsey siblings exemplify the impact of Racquet Up Detroit’s education, personal development, and sports coaching.

With support from the Ralph C. Wilson Jr. Legacy funds, Racquet Up Detroit has been able to purchase new equipment like squash ball feeding machines and a sound system that makes practice more efficient and enhances the joy in the environment. In early 2022, the organization will put these to work in their brand new, 19,000 square foot facility in Northwest Detroit that includes state of the art squash courts and education spaces. The new facility will allow them to expand their squash offerings but more importantly for Derek, to provide a space where kids can learn, gain confidence, and build lifelong friendships. 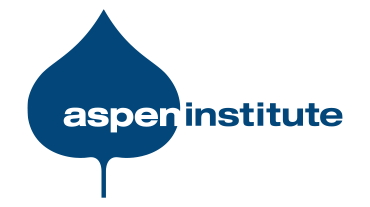